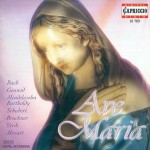 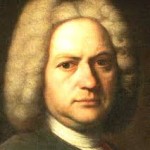 Johann Sebastian Bach (31 March [O.S. 21 March] 1685 – 28 July 1750) was a German composer, organist, harpsichordist, violist, and violinist of the Baroque period. He enriched many established German styles through his skill in counterpoint, harmonic and motivic organisation, and the adaptation of rhythms, forms, and textures from abroad, particularly from Italy and France. 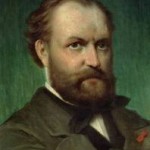 Charles-François Gounod (17 June 1818 – 17 October or 18 October 1893) was a French composer, most well known for his Ave Maria (based on a work by Bach) as well as his opera Faust. Another opera by Gounod is Roméo et Juliette.